Yasmin Shares about the 3rd Annual LFS Conference in Brazil

My Experience in My Second LFS Meeting

So, I will talk a little about my personal perception on the last 3rd Annual Brazilian Li-­Fraumeni Syndrome Family Meeting that happened on March 30th of 2016.

I’ll start explaining that I don’t have the mutation that causes the syndrome, but my mother and brother have it. My aunt probably had it. I still don’t know if my cousins have it, since they didn’t decide yet if they want to be tested or not. Some of my mother’s cousins and some of their children also have it. So I understand all the issues involved in being tested or not wanting to do so.  I’m also aware that the diagnoses can have serious impact in a family’s life as a whole and in the life of the ones who have the mutation and in the others who have not individually. 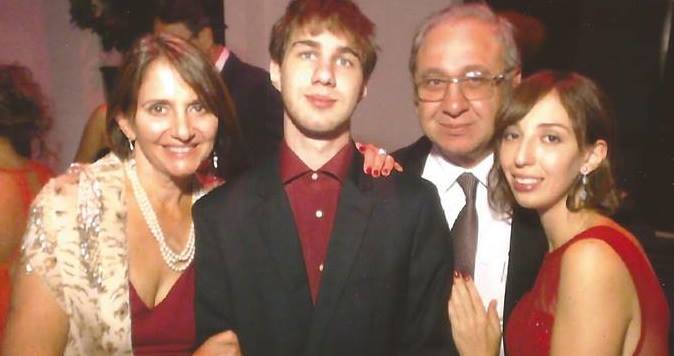 That being said, my mother, my brother and I went to the meeting. It was organized by the A.C. Camargo Cancer Center medical team involved in the genetic research about the mutation. It happened in a small auditorium inside of the postgraduation research building owned by the Cancer Center. It was completely full. There was over 60 people counting LFS positive and some of their LFS negative family members, a full family with over 10 members that was going to get its result that afternoon and also some probable LFS positives that were going to have biological materials yet to be tested. That, aside Dr. Maria Isabel Achatz, the doctor responsible for the families with LFS, tests routines and g​enetic counseling, her whole team of other doctors, researchers, nurses and her guest, Dr. Sharon Savage from the NCI and NIH in Ohio, USA.

There were presentations about what is the syndrome, where did it probably came from, how the researches started here in Brazil, how does the control happen once you are aware of the syndrome and what are the current researched being held here and in the USA about some drugs used for diabetes that might modify the cells’ metabolism preventing them from turning into cancer cells. Also, one of Dr. Achatz students went to US to develop a study about how the most common brazilian mutation (there are three or more types here, I guess) Li­-Fraumeni Syndrome ­ R337H­ TP53 gene has some curious advantages. For some reason, people who have this specific mutation have longer telomeres in their healthy cells! If you want to know what telomeres are and how they are related to aging and cancer, I have the perfect video: https://www.youtube.com/watch?v=_dDqFB­PjWg

So, as you can see, long telomeres are associated with very longer and healthier aging, but at the same time it’s related to cancer cells. It’s very ambiguous. I guess it’s like oxygen: you need it to breath, but at long term it will oxidize your cells and lead them to death. Also, most times, people with R337H mutation only develop cancer when they are already old (over 60). There IS child­teenage­adult hood cancer in this type of mutation, but it’s a lot less compared with the other mutations that cause LFS. There are less cases of leukemia too.

After the presentations and answering questions from the patients there was a coffee break. That was the time when we get to the really deep human sensitive part of the stuff. We talk to people and we hear so many stories: about how a man lost three children due to the syndrome but finally, his last baby child, came to be negative to the mutation; about a woman who had the syndrome and tried in vitro fertilization with 8 selected embryos and all of them were LFS positive so she couldn’t implant any. We saw a young lady, 19 years old, everyone’s role model, who removed 23 tumors since she was 7 years old, with a peaceful smile and encouraging words full of faith and hope, without her left arm. From the moment she entered the room with her family I was relieved: she seemed fine and she was alive. I haven’t seen her since 2014, so that was good. Two seconds later I realized her arm was gone. Then my mind went to a fuss of feelings. I felt like staring at an abyss. It was so unfair, I felt sad for her, I felt angry at the situation. Six months ago I saw that she started a campaign to receive donations to get a german treatment for her arm’s tumors, and she succeeded, as far as I knew. It brought me despair to know that, again, even if your efforts are colossal and SUCCESSFUL, human biology is not an exact science.

And it’s a fact: We never said a word to each other. But I feel so close to her, to her family. My mother felt like hugging her very badly, but didn’t have the chance. My brother and I were also shocked. That could be him or my mother in a close and unknown future. We felt scared. But still, we were relieved, HAPPY that she was alive, healthy and somehow free of the tumors. She had her mother and brother’s support and love. She seemed a little sad, but hopeful and light simultaneously. All I know is that she won’t give up.

Later, we talked to three women for a very long time. One of them took the test in 2008, just like my mother as a part of Dr. Achatz's study that were sent partially to France. She told us that her test went to the french labs and her result came six months later. My mother’s only came in January 2014. Again, I felt the abyss inside. My mother’s sister, my beloved aunt died in March 2013 of an aggressive and advanced stage breast, adrenal and uterus cancer, after suffering A LOT. If my mother’s result had came in 2008 like this lady’s did, my aunt could still be alive, we could still have her by our side. I can’t hold my tears and running nose while writing this. Just can’t. But I’m over it. I learned that everything that happens in life is the best outcome that is could have been, even if it will hurt for the rest of your life to remember it.

The other two women were new to the group. One of them already knew that she was positive and that her three­year ­old girl was too. The other one was going to be tested that day and was terrified that if the results came back positive that her toddler could have it. I saw so many tears in their eyes. My brother and mother really encouraged them. My brother never had a tumor and he is 21. My mother had her first tumor when she was 45. Nevertheless, we all helped and talked to each other, about everything imaginable, made them laugh a lot, became friends. We are all the same. Sometimes we have some conditions, but these are only 1% of who we are. It’s not different with LFS.

Again in the auditorium, my family and several other people had to collect some saliva for the studies and re­fill out a lot of research forms about how they felt psychologically about the mutation, if they are having support, etc. At that time, Dr. Achatz told us, while crying, unable to control her strong emotional reaction, that in July she was, along with her family, going to move to the US for 8 years to help the development of the current research about everything related to the syndrome. She is so connected to the families, we felt like losing a mother figure, a doctor and a friend. She introduced the new doctor that would replace her at the cancer center and take care of the families, but that doesn't mean she won’t keep up with the families’ test routines and results. As you see, there’s mixed feeling everywhere in this meeting. We hope that she will be of great help for LFS positive and non positive society all over the world while she’s there. We will for sure keep in touch, that’s why skype and the internet was made for!