In April 2018, Fannie attended the LFSA REACH International Conference in Toronto. She shares her experience and the impact it has made on her coping with LFS since she's been home. We are grateful to Fannie for her time and efforts making the Living LFS Exhibit Table a perfect representation of our group.

What we can learn when the mind can take a break.

Li-Fraumeni Syndrome can be so isolating. It’s a very unique feeling. Being scared all the time that is. My mutant sister Andi describes it perfectly. Most people will want to make you feel better about your horrible situation by saying things like: I too can get hit by a bus tomorrow! First of all, who are all these people that are getting hit by busses on what seems to be a daily basis!? What a weird-ass analogy... But that’s beside the point. I always use Andi’s metaphor to try and explain what it’s like. It’s brilliant and it goes something like this: Of course everybody can get hit by a bus, but imagine that this bus is basically chasing you around town and that it already killed about half of your family members. That’s how it feels to have LFS. You feel like you have to run for your goddamn life every goddamn day.

I have been diagnosed with LFS and brain cancer two and a half years ago. Since then, not a day goes by that I don’t think about cancer, multiple times a day. I have been done with treatment for a year now, but still. Not. one. day. Because cancer doesn’t stop with the end of treatment for any cancer patient. I don’t think you can never be the same after living through something so traumatic. Your body is forever scarred and your heart forever changed. People think you can “beat” cancer, that you can make it disappear, that you can make it go away. You can’t. Once you have it, it’s ever-present. And then there’s LFS. Because when you have LFS, you have to actively look for cancer on a regular basis. How fucked up is that? Worst Where’s Waldo ever… 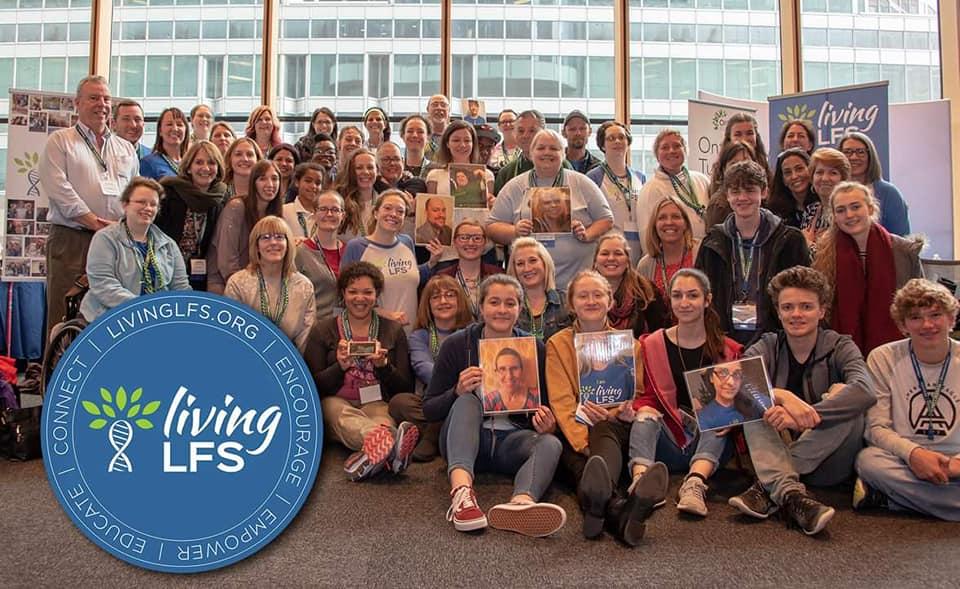 When I heard that LFSA was organizing a semi-regular medical conference on Li-Fraumeni syndrome, I was excited. Excited, first of all because it meant I was going to get an LFS mental break. For some reason, the thought of being surrounded by LFS specialists and other mutants felt like a well-deserved lull from Li-Fraumeni Syndrome. I guess being with people who really understand meant I didn’t have to justify myself to anyone, not even myself. I almost felt like I was going home to my second family. I’m not one to expect people around me to understand what it’s like. How the fuck would they? I can barely understand it myself. They can’t understand, but they fake it well enough and they love me and help me so much. I can’t ask for more.

Going to the conference also meant I was going to meet some of my favorite mutants. They were all so amazing, but I particularly bonded with my brain cancer survivor buddy, Rowena. Once I started being able to understand what she was saying (that thick accent you guys! English is already my second language, so it was a challenge), I discovered such a warm and super interesting person. While our experience with cancer are quite different, we have a similar way of seeing life. We talked about how it feels to be put on a pedestal by our friends and family, because we are trying to live normal lives despite all this crap. How it’s heavy sometimes, and how it’s a weird situation to be in, especially when you don’t like to hug (neither of us are fans of hugging). We could laugh about super weird/unpleasant stuff, because what in hell can we do about it anyway? We talked openly about treatment, work, how having cancer in your brain is scary as fuck. How some days, we just eat cake in bed to give ourselves a mental break (and because cake cures cancer, of course). It was so refreshing to talk about all of this without filtering anything, because there was no need to. It was pleasant and refreshing to be just two normal chicks eating dinner and talking about our fucked up lives like they were normal. 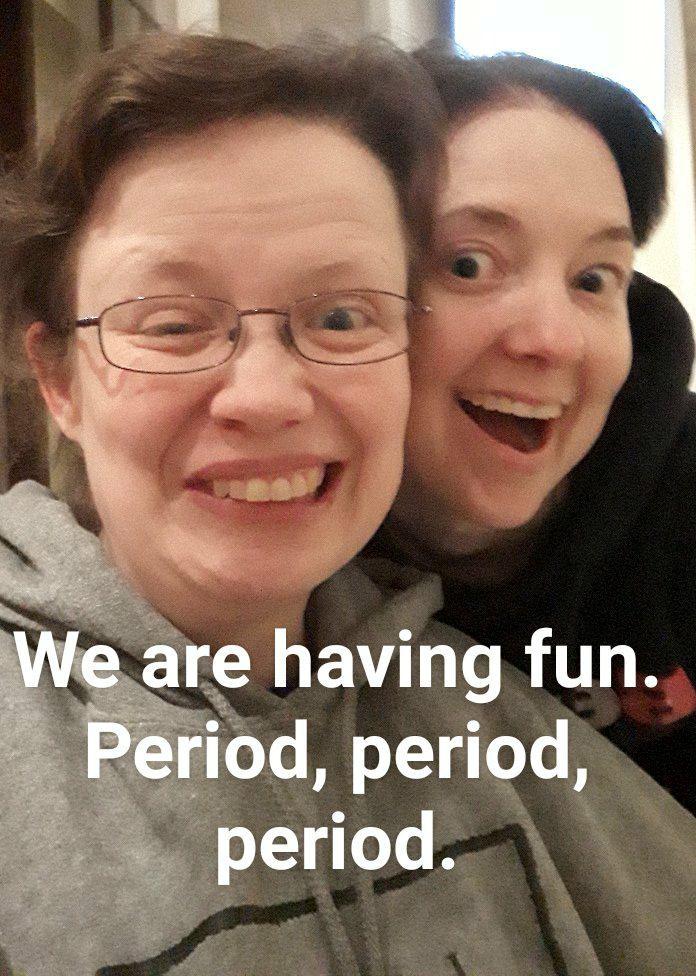 This morning, when I woke up, I could feel it in my bones. It wasn’t going to be good news. So I told myself “Fannie, you have to channel your inner Rowena and power through whatever news they throw at you”. And then I started laughing. Not because the situation was funny or because I was slowly going insane (which I am, don’t get me wrong), but because I was guilty of doing something that annoys me to no end. I hate when people put you on a pedestal because they you are living life with cancer. Because, let’s face it, we’re no heros. Heros have a choice. We are up against the wall. We have cancer and we are just trying to make the best out of a horribly painful situation. What’s the alternative, really? So instead of trying to be strong, I chose to bring Rowena in my brain and in my heart. Not because she’s kicking ass at cancering (which she is), not because she’s an inspiration, but because she’s my friend.

That’s what the conference did for me. It gave me hope. Hope that medicine will save us all (I give them five years before I start sending them angry emails and breaking random stuff in the streets). It gave me the chance to get a picture with Dr. Schiffman (COME ON!). And it gave me hope that, whatever happens to me, I can find support from people who understand it all. And I think that’s all I need. My family, my LFS family, and hope. Hopefully, the next chapter won’t be so bad, because I can’t wait to attend the next conference. I think a mental break every two years is a pretty reasonable ask. 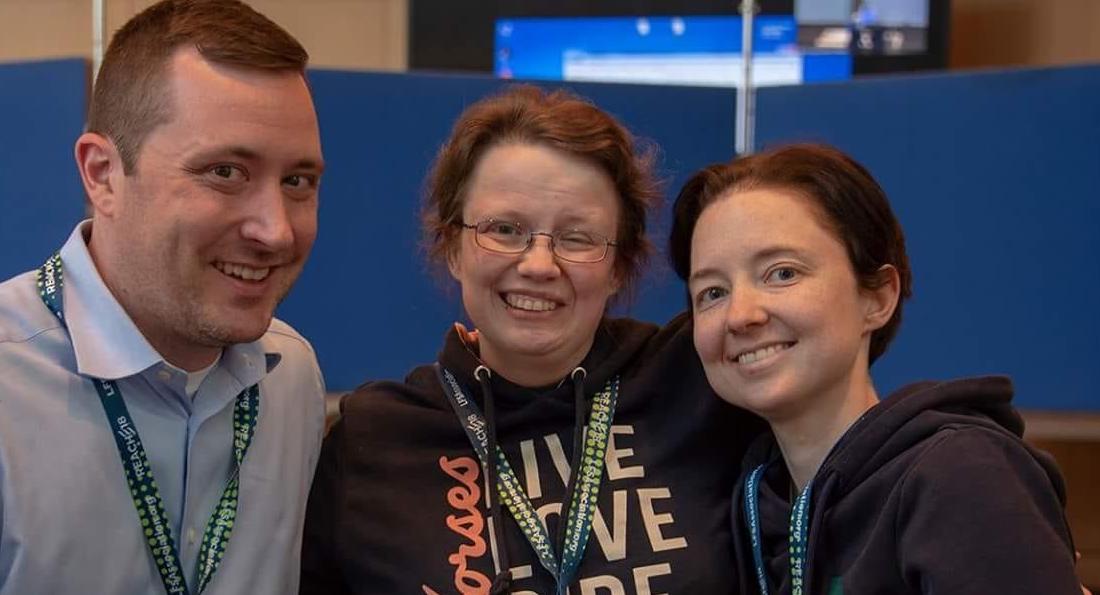 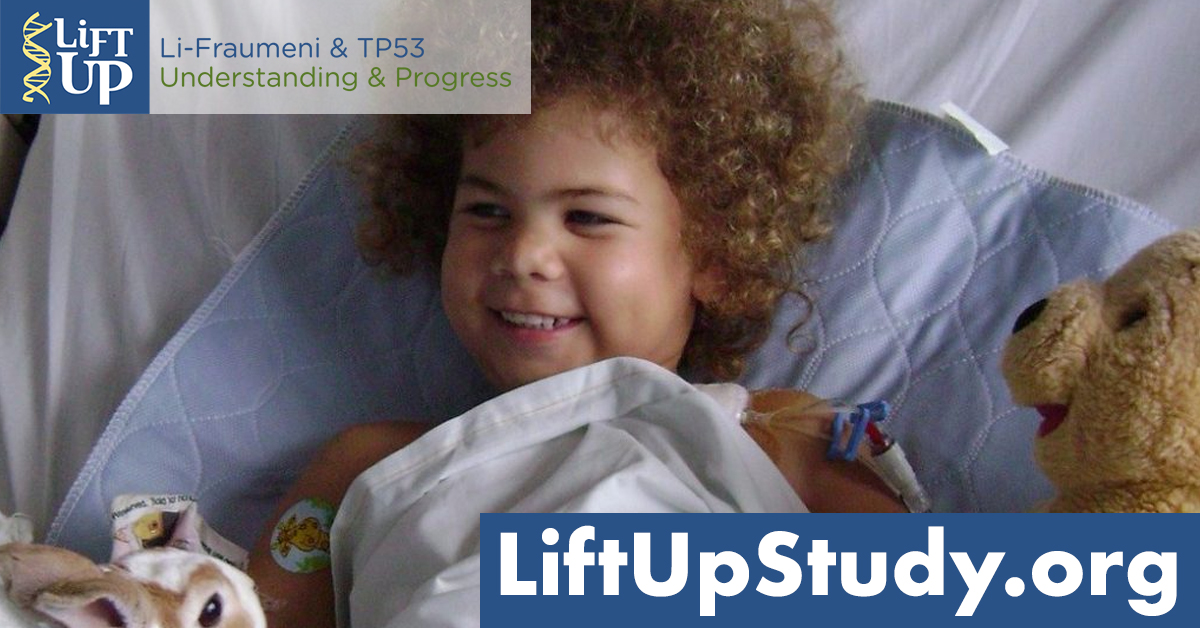 Mental health is dope y'all