Ilonka: Thoughts on LFS and Bravery 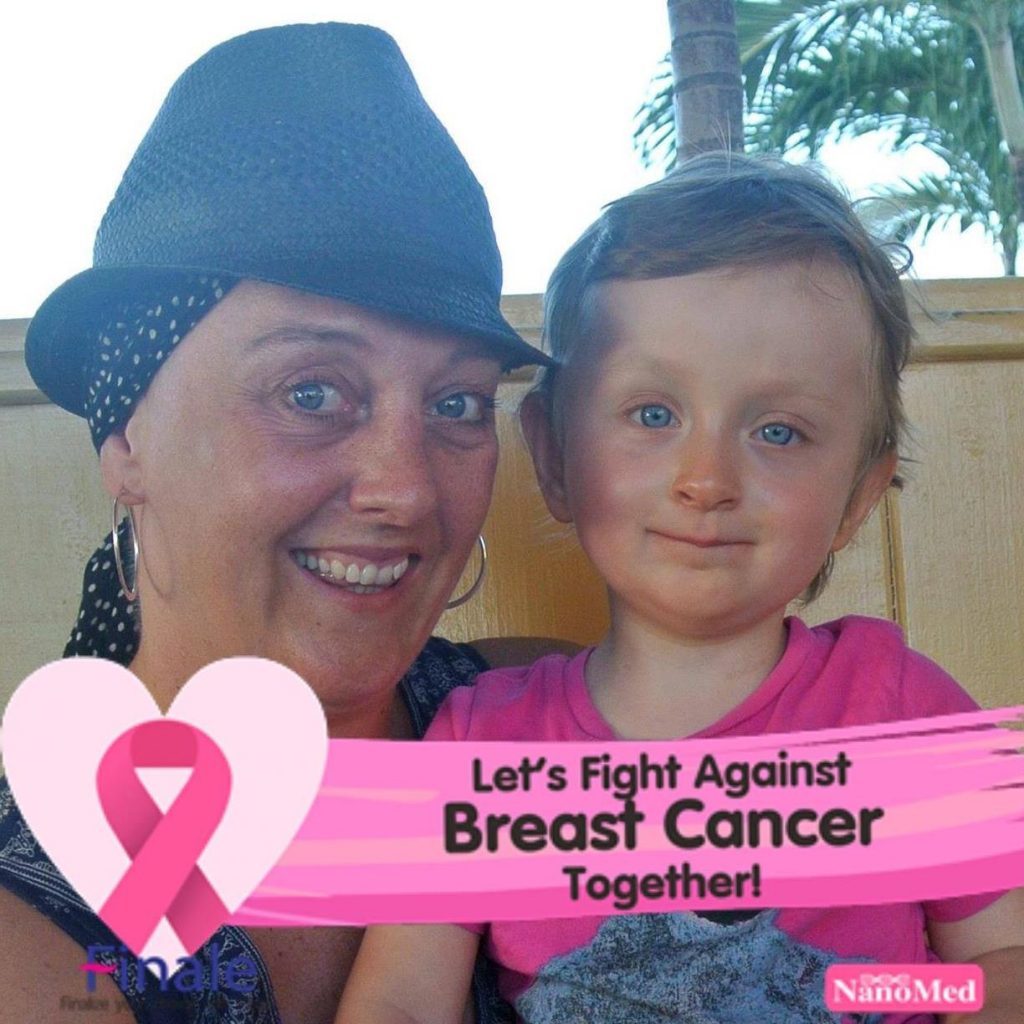 In 2002, I noticed a lump on the innerside of my upper left leg. The doctor thought of scar tissue caused by a mosquito bite, according to him nothing worrisome. I didn't trust it and insisted on visiting a specialist. After some discussion he reluctantly issued a referral letter for the plastic surgeon. He clearly thought I was an instigator. The specialist cut out the lump and stitched me back up. After a week, I received a phone call from the hospital asking if I could come by. I jumped on my bike without thinking anything special about it. After all, I had never been 'really' sick in my life, no one in our family for that matter. Upon arrival the doctor asked me to sit down. It turned out I had something called a leiomyosarcoma. Numb and totally confused by the message I cycled home.

Exams and surgery followed and after that I thought I could close the cancer chapter in my life. As time passed I went on with my life. Studying, working, buying a house with my boyfriend, getting married and having our first child on November 29th, 2010. A beautiful boy we named Kaj. With the arrival of Kaj we had founded our family. So proud we felt of that wonderful bundle of happiness that we had produced together. Just before Kaj's first birthday we ended up at the first aid after some vague complaints and we were referred to the hospital for further research. The result was overwhelming, Kaj turned out to have stage 4 Neuroblastoma childhood cancer with metastases in his bones and bone marrow. In one breath our carefree life was blown away. That one small, all-changing sentance 'Your child has cancer', forces you on your knees, gasping for air, but like any other affected family with a child with cancer, you wrap yourself together, find hope, and go in fight mode.

Kaj underwent chemotherapy and radiation at the Sophia Children's Hospital in Rotterdam, in the Netherlands where we live. Followed by immune therapy at the Children's Hospital of Philadelphia in America, for this highly aggressive form of childhood cancer. His first chemotherapy will be etched in my memory forever. This turned out to be the start of a very long and hard road. A road of extremes. High peaks and deep valleys. 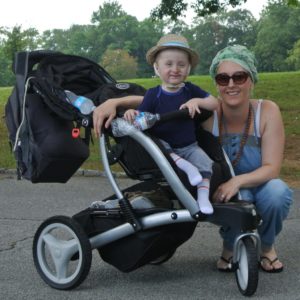 Heavy were the countless consecutive weeks in which we could not sleep together as a family under one roof. The hospital became, unsolicited, our second home. A very deep low was when we found out on March 29th 2012, during the midst of Kaj's treatment, that I had developed a tumor in my left breast; triple negative breast cancer. To top it off, our health insurer made it extremely difficult for us. Family and friends jumped in to help and started foundation 'Chance for Kaj' to raise funds so that we, as a family could stay together during the treatments of both Kaj and myself during our 7-month stay in Philadelphia.

January 2013, after both our treatments had come to an end, we returned to the Netherlands. Against all odds, on November 1st 2013 we were allowed to welcome Kaj's little brother Dylan. We entered a very good period. We felt happy, and our family felt complete with the arrival of Dylan. This happiness however, was only of short duration. On Wednesday, January 15th 2014, we found out that the big bad breast cancer was still in my body. The same breast cancer cells from 2012 were found in my neck glands. A heavy trajectory followed, with again a lot of chemotherapy and radiation. At last someone had woken up in my medical team. I was referred to a clinical geneticist and after a few weeks of waiting it became clear that Kaj and I both have LFS. I turned out that I'm de Novo. The only one in our family with this genetic disorder, and I had passed it on to Kaj. 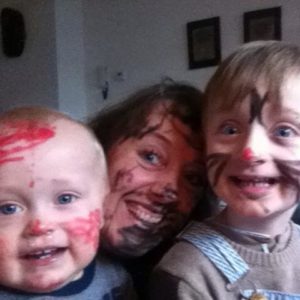 My treatment was almost over when on December 7th, 2014 Kaj suffered a severe epileptic seizure. Again a nerve-racking period of research started, and on the 30th of December we received the news that Kaj had a brain tumor, a glioblastoma. Our pediatric oncologist found it difficult to express his chances in percentages. It was certain that it was a mean cancer, to be put in the same category as neuroblastoma, stage 4. We entered our fourth cancer year. We were done with it, and wanted to continue with our lives! But we weren't in a position to want anything. It was thrown on our plates, and we were forced to swallow it down. As long as the doctors gave Kaj a chance to heal, we went for it, for the full 100%. On Monday 19th of January 2015, Kaj got his first radiation, and chemo against this horrible brain tumor. A heavy and stressful period began. Back in the merry-go-round in the world called pediatric cancer. During his treatment, the hope of curing him grew. Until Kaj suddenly suffered from epileptic symptoms and physical failure on March 18th. New exams followed, and on Friday 20th of March, we got devastating news. The tumor had grown, and Kaj was officially given up. 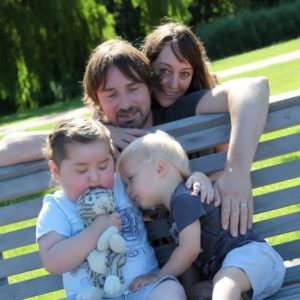 In consultation with our oncologist we decided to stop the chemotherapy, since this didn't have any good results to begin with. Kaj had a cuddly stuffed animal which he called Brother Cat. Which not only gave him a lot of joy, it also helped him enormously. The were BFF's for life. Brother Cat went through all the treatments together with Kaj, and never parted from him for a single second. Near the end the cancer had almost completely paralyzed Kaj, from his neck down to the tips of his toes. Except for his right hand. There was a little bit of strength left in his right hand, and with that hand he had held Brother Cat tightly until the end. In our arms, on Saturday morning, the 24th of October 2015, 3 minutes past seven, Kaj blew his last breath surrounded by our love.

There is no soft Kaj voice that whispers "nighty-night" in the evening before bedtime anymore, and there are no more negotiations about how many bedtime stories there will be read. No more spooning in bed together while his hairs tickle my nose. No more little arms around my neck and a whispering in my ear that says: "I love you all the way to the moon and back."

The memories are all that remain. We won't be able to see him grow up any further. He will stay almost 5 years forever. His illness is gone together with his nasty treatments and pain, and for us as parents the constant crippling fear of losing him is also gone.

If we have been good at anything, then it is to enjoy life to the fullest. From the day we were told that Kaj had neuroblastoma, we have lived as if there would be no more tomorrow. We have done everything together that was possible. We have experienced many moments in which intense sorrow and happiness never were so close together. Beautiful and precious memories have been made. Memories to cherish, and that no one can ever take away from us. We would not have missed it for anything in the world. 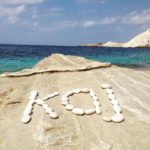 From the very beginning, Kaj has enraptured us, and conquered our hearts. The unconditional love for him will forever be felt in the deepest of our being. He will be our child forever. We miss him immense, but he remains connected with us forever. In our soul, heart and thoughts. Until we will meet again on a nice day in heaven.

The past half year I've been treated for breast cancer, again. A new triple negative breast cancer in my previous left treated breast. The treatment has finished after having chemotherapy and a double mastectomy and reconstruction last May 2018. I'm still recovering from it all, and as I'm writing this I'm waiting for the results of my scans that were made yesterday. We keep on hoping for the best. I may not have telepathic nor telekinetic powers or anything like that, but I do have other super powers. This mutant woman is in possession of a huge dose of will power, positivity, humor, love and a box of bravery where 'ordinary' people can only dream of. The lust for life is big. I'd like to finish with a line from a song,

'My thoughts are all I have, so I try to make them brave.' 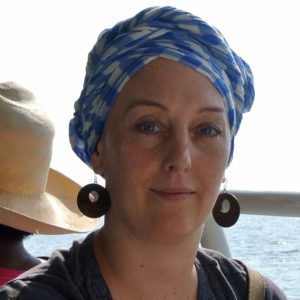 For all those dear to me, and for my husband Marc, our sons Kaj * and Dylan. I love you to the moon and back again, to infinity and beyond forever and ever.

PrevPreviousMeet Katrina: BREAST CANCER, We Need More Than Pink.
NextWorking with LFS: When Your Brain Gets in the WayNext