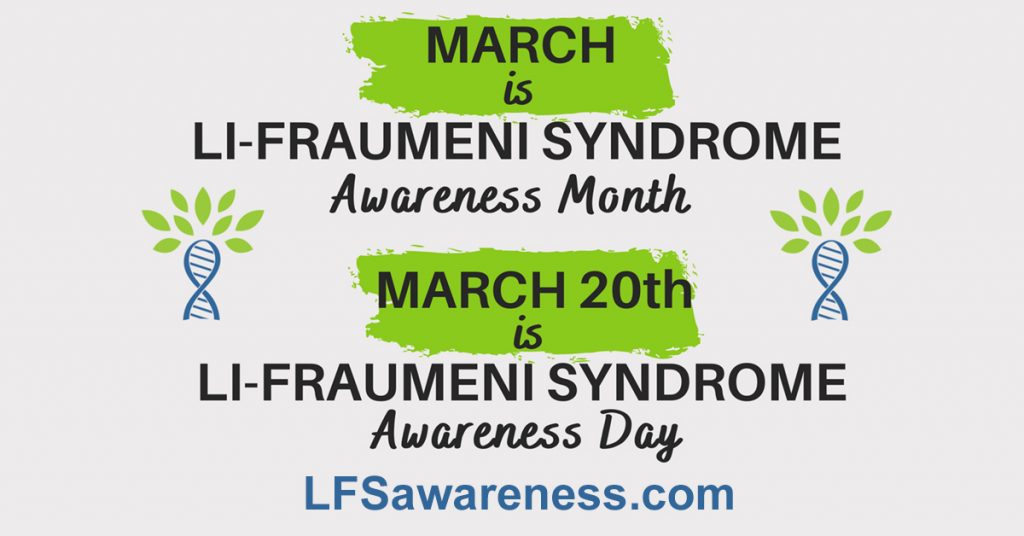 Trishia Shelly-Stephens is living with Chronic Lymphocytic Leukemia, her fourth cancer, while her 28-year-old son Tre is in treatment for metastatic sarcoma, his most recent of several cancers. Trish, Tre, and over 1,000 other multigenerational families worldwide have a rare genetic condition called Li-Fraumeni Syndrome, or LFS: a predisposition to developing a wide range of cancers.

“Li-Fraumeni syndrome is a rare condition caused by a hereditary (germline) mutation in the TP53 tumor suppressor gene, often referred to as the guardian of the genome.  Even though having LFS is rare, TP53 mutations occur in over 50% of cancers and have been reported in almost every type of cancer,” says Jaclyn Schienda, genetic counselor at Dana-Farber Cancer Institute. “If we can better understand LFS, we can better understand cancer.”

“A condition as important as Li-Fraumeni Syndrome really should have its own awareness day and month, so Living LFS created them,” says Shelly-Stephens. “LFS Awareness Day is March 20, the birthday of Living LFS’ founder, Jennifer Mallory.” Mallory, a fierce advocate for LFS patients, died of metastatic breast cancer in 2020.

The month long LFS awareness campaign in March will highlight stories from LFS families and facts about Li-Fraumeni syndrome shared across traditional media and social media. LFS Awareness Day will also include financial support for families with the genetic cancer syndrome.

“LFS can have a devastating financial impact,” says Living LFS President, Greg Harper, “so as a part of Li-Fraumeni Syndrome Awareness Month, on March 20 Living LFS is awarding ten $530 hardship grants to help families struggling with the costs of living with LFS.”

To learn more, to help raise awareness of Li-Fraumeni syndrome, to donate to Living LFS, or to apply for an LFS hardship grant, visit http://www.LFSawareness.com

Next$12,000 in hardship grants to be awarded on Li-Fraumeni Syndrome Awareness Day, March 20Next