In 1967, Dr. Li, Dr. Fraumeni and Dr. Miller were chatting socially at the NIH. In the course of conversation, a particular family popped up.  This family had three small children who had soft tissue sarcomas, a very rare type of tumor. When Dr. Li talked to the family more, they found other cancers in the family too, such as breast cancer. 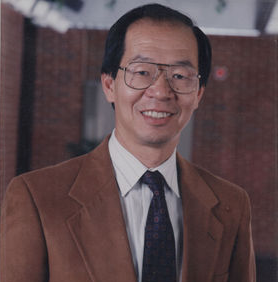 In a time where genetics and cancer weren't often mentioned in the same conversation, Dr. Li was one of the groundbreaking clinicians who brought it to the table.  He was one of the rare souls whose passion for research was only tempered by the compassion he showed for the families he met. I've often wondered if it was difficult to have such a devastating cancer syndrome bear his name. Yet without the time and work he dedicated to families with TP53 mutations, we would still be wondering why our families were cursed with cancer.

Dr. Li was an epidemiologist and approached LFS with this discerning eye. In 1987, he gave a keynote address in Japan at the Princess Takamatsu Cancer Research Fund Symposium. He discussed LFS and the series of events that lead to the identification of this hereditary cancer syndrome,

"The disorder affects only a few families and has almost no public health impact. The reason is that several major forms of childhood cancer are involved and that another component, breast cancer is the commonest neoplasm in many parts of the world. Our approach is to study the rare, but hopefully informative, families with this cancer syndrome to gain new insights into genetic mechanisms involved in breast cancer and childhood neoplasms in general."

Dr. Li realized something very important about not only cancer, but LFS. He did not see the rarity of LFS as a problem, but rather a key to finding out important pieces of the cancer puzzle. He treated patients with  respect and kindness.

In 1994, I got a letter from Dr. Li with my husband's test results. We both spoke with Dr. Li at that time. He was very kind and took the time to answer all of our questions. I asked him what this meant for our daughter and he told us essentially there was a 50/50 chance of her having the syndrome. He gave us his phone number and said to call anytime. After my husband died I called to get information about predictive testing for my teenage daughter. They offered to have us come to Dana-Farber for testing and genetic counseling if we chose to do that. That was the last time I spoke with Dr. Li, he was a very caring man. -Roberta

15 years ago after having lost my husband and young daughter to cancer my only remaining daughter was diagnosed with advanced breast cancer..we went to Duke, they suspected LFS. Radiation would give her a sarcoma, her father had died from liposarcoma, and chemotherapy would give her leukemia...So they pretty much said this cancer is not survivable and if we treat her then the new cancer would probably kill her sooner than the breast cancer.. I found both Dr. Li and Dr.Fraumeni, spoke to them both and Dr Li said treatment might very well cause a new cancer or not...you have to optimally treat the cancer you have. She had bilateraI masectomy, radiation, chemo, and herceptin. 15 years later she is doing great...Thanks to Dr. Li we have enjoyed 15 years and hope to have 50 more. -Pat

I called his office when my wife and son were diagnosed and asked for him. The receptionist immediately got him on the phone. He was supportive of us, and spoke with Vanderbilt Hospital about my son's care. We got a card from him some years later, encouraging us and saying that he wouldn't quit until he found a solution. A great man whose contributions can never be measured. -Jeff

The LFS community is lucky to have had such a great champion for our cause. Living LFS sends our kindest regards to his family, friends and colleagues as they mourn the loss of this wonderful man.

Patient experiences printed with permission from members of the LFS Support Group.

PrevPreviousA Tribute to Karly-
NextPROMPT Study could Use LFS Participants!Next