The Anti-Tumor-ific Properties of Turmeric

Turmeric is a spice from a root related to ginger that's been used in Asian and Indian cooking for thousands of years. Turmeric is regularly used in Ancient Indian medicine called Ayurveda. Turmeric was the original dye used to make the robes of Buddhist monks the traditional yellow- orange color, symbolic of the sun. It is still used as a food coloring and if you ever see E100 in the ingredient list, it's the sunny property of turmeric doing it's thing. 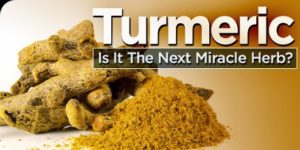 Recently, discussion over the possible health benefits from turmeric has increased. Some claim it as being the next miracle supplement. The good news is that any time there seems to be an influx of businesses or natural health centers talking about a supplement and it's positive effects, the scientific community hops on board to validate these claims. Over the past 5 years or so- there have been efforts to prove or disprove turmeric as an anti-cancer therapy.

One of the active ingredients in turmeric is called curcumin. It is called the "active" ingredient. Many times when we look at the ingredient list of medicines or supplements- you see the word "active", it means that is the ingredient that is doing what the product claims to do. One is not to assume that the inactive ingredients do not have an effect, they are just not the ones being looked at. That being said, I will emphasize- moderation is key to finding balance. Americans tend to over use the philosophy that if a little bit is good, more is better. This isn't always the best approach- especially with herbs and spices. Just think about chili powder, a little is a nice flavor but too much will make your mouth burn.

Now turmeric is being claimed to help with conditions such as Alzheimers, diabetes, arthritis, pancreatitis and cancer. There is no magic bullet to cure any of these diseases. Turmeric in any amount alone will not cure these ailments but it can help your body fight them. Studies even show that turmeric doesn't absorb particularly well in the digestive system. When you are living LFS, we tend to focus on cancer and p53. So naturally we want to know- how does turmeric(or curcumin) affect p53 and mutant p53.  Remember, when you have LFS, you have mutated p53 in all of your cells. You also have functioning p53 or you would be one great big tumor. I know some days it may feel like that- but sometimes we have to help our bodies find the balance. When stress or other factors tip the balance toward mutation then p53 loses its tumor suppressing power. Is turmeric a useful aid in restoring that balance? 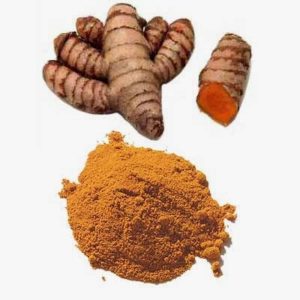 In different studies:
Curcumin is a powerful antioxidant.
Turmeric was shown to increase the action of p53 in colon cancer cell lines.
Curcumin induces cell death in colon cancer cells not through the p53 pathway.
Curcumin caused cell death in leiomyosarcoma(uterine) cells.
Curcumin decreases p53 activity in breast cancer cell lines but also has anti estrogen effect.
Curcumin binds to and activates Vitamin D receptors, and Vitamin D has known anticancer properties.
Curcumin showed relevant biological activity in early pancreatic cancer trials. It did not appear to interfere with gemcitibine or have toxic side effects.

This implies that curcumin could help fight cancer cells, regardless of whether their p53 is mutated or not. Some studies say turmeric's activity is p53 dependent and some say it is not. That can be frustrating to hear, but also implies turmeric has a healthy balance in how it helps cells because maybe it does both. It doesn't only work by one mechanism so tumeric could benefit your health with or without functioning p53.  Turmeric appears to have positive health benefits in several studies. It does however interact and prevent several chemotherapies from working such as Doxorubicin and cyclophosphamide. That is one reason it's always important to let your doctor know if you are taking any supplements regularly.  It makes no sense to put your body through chemotherapy and not make sure it has the best chance at working. At the same time, there are many herbs and spices like turmeric that can help your body kill off cancer cells, prevent them from growing all the while not harming normal cells.

Practical Notes:
You can sprinkle a little turmeric in soups, on vegetables, chicken or other meats daily.
You can buy turmeric powder in bulk at Asian or Indian specialty stores for cheaper than most stores.
You can buy capsules and put turmeric powder inside if you do not like the taste.
Turmeric will dye your hands and clothes.
Everything in moderation- turmeric can slow blood clotting and cause stomach upset in high doses.

Turmeric can add a little spice to Living LFS.

PrevPreviousNutrition and LFS: IP-6 and Inositol
NextChoosing the best ALTERNATIVES with LFSNext